Expired coffee beans. Can I still make coffee? It depends...

So, I really wanted some coffee today and found that my only bag of whole beans had expired on November 24th of this year. Well, today is December 8th and I had no idea if the coffee would still be good to grind. I know at some point I probably did, but forgot! This will be a reminder to myself and anyone else who isn't privy to coffee expiration. (There's also a nifty list of things to use bad coffee for at the bottom of this ridiculously long, but warranted post) 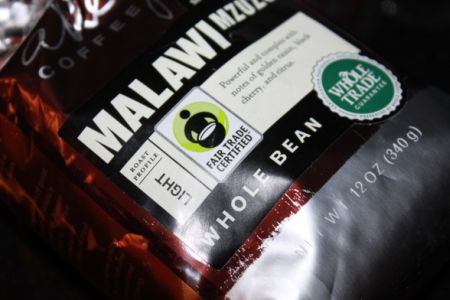 From what I have gathered, there is a lot of controversy over how to store coffee. Some say coffee beans stay fresh up to 6 months after they have been harvested, but only truly fresh when vacuum sealed. It can be preserved in the freezer for up to 2 months in an air tight container, but loses a lot of it's flavor and benefits. The problem is, most even high end coffees have been sitting in the store for months at a time already, so you want to drink it up as fast as you can. Already ground coffee can last in the freezer too, but it will not be very fresh and it definitely doesn't preserve as well or as long as whole beans. Some people swear it's ok for a month, others say no more than 10 days.  Most coffee connoisseurs will never freeze their coffee and only let it sit in an airtight container, away from light, in a cool dry place, for 1-2 weeks. These people swear by this storage only, as freezing will only kill its benefits and freshness. If they have to freeze it, they only do it once and never again, because opening the freezer exposes it to different temperatures and that will effect it as well.
So coffee is actually a complicated beverage. There have been taste tests to determine these results and the conclusion varies on the type of coffee, when it was roasted etc, but the general consensus was that 1 month in the freezer, DIRECTLY after being roasted, did not change the taste. Coffee is a highly profitable business because it's something that has to be constantly bought to ensure freshness, so we all want to preserve it for as long as possible. I'm a coffee buff, but I do not drink the stuff every day, I will probably get a few fresh cups out of it and then freeze to get less. Not ideal, but practical for my budget. You have options, but the absolute best one is to buy locally or online. Some people brew their own green coffee, using green beans and if you don't have the means, you can buy it online. Oh the internets, how I love you. I'm going to have to do that at some point to see if there's a drastic change in taste and quality.

In my case, this particular bag of fair trade beans wasn't expired too long. Exactly 2 weeks to be exact, so right on the cusp of when it's supposed to be too bad to drink. I got this coffee from a fair trade perk via Klout- a social media rewards site, and I really did not want to miss out on experiencing such a unique light roast with hints of fruit. Yum!

I decided to brew it and I was pleasantly surprised when I opened up the air tight bag. The aroma was still tempting. As for freshness, I don't think it was up to par, but for being this old, I wasn't complaining. When I had my first cup, It was flavorful and I didn't taste a sign of contamination. Being that it's so late in the game, I will most likely chuck the rest, but I was happy to get at least 2 cups out of it, before hand. Success!

The verdict. In my own educated opinion, I wouldn't freeze your coffee longer than a month after expiration, but don't expect much from it. Don't make more than you are willing to drink and never buy ground coffee unless you are going to drink it up pretty fast. Invest in a grinder, it doesn't have to be high end. Mine is great and I got it for $15. It gets the job done, and beautifully.


Too gross to drink?

In my search, I also encountered so many creative ways to re-use coffee beans and ground coffee when it is too rancid to prepare. Take a gander at this list and see if you can't do some of them. I'll probably try a lot of these out.

1 part ground coffee beans
mixed with 2 parts brown sugar
a big dash of vanilla extract
enough oil to make a sludgy paste
Store in a pretty jar and use to exfoliate your legs. Let it soak in for an hour, then shower off. Apply more another hour for a stronger effect.
Some use it in recipes you wouldn't think of, like barbecue sauce and confections. Experiment and see what you come up with!

Some awesome ideas for you there and i'm sure there are more floating around. If you have any, add them in the comments.

And now I leave you with an oldie but goody that fits the occasion: