What Makes A Medical Alert System Worth its Cost? 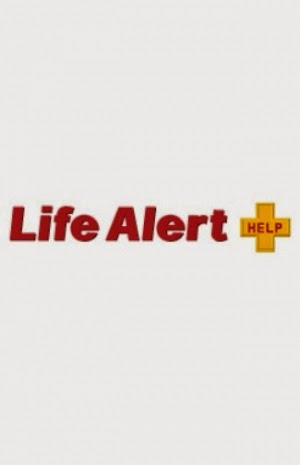 Medical alert systems have a come long way since old times. They provide you with more security and safety than ever before and conveniently wirelessly! It will be with you everywhere in a normal sized living environment.

It is estimated that a third of people sixty-five years old and older will experience a fall. Most of these falls will amount to nothing more than inconvenience and, maybe, sore muscles. For some, though, a fall may have consequences that could incapacitate seniors medically or rob them of the feeling of security that enables them to live independently. That is why medical alert systems have come into favor as a way to safeguard yourself or your loved ones who live alone.

At one time, the only medical alert systems available were the bracelets or dog tag necklaces people wore to alert emergency personnel of their medical needs. Alert jewelry is still around. Inscribed on one side with the medical insignia and on the other with your medical data, it can inform first responders that you are diabetic or have critical allergies, permitting them to treat you more safely and effectively.
Then, in the 1970s and 1980s, a new type of medical alert system emerged. One of the pioneers in the new technology was Life Alert, and their Help, I've fallen and I can't get up" commercial became an American icon. They offered a pendant, worn around the neck that allowed users to push a button and be connected to a monitoring system that could summon assistance for them. The systems have improved steadily and today they offer a variety of services.

Today's systems rely on a wireless sender that, when tripped, notifies a monitoring system that then alerts first responds to the emergency. Some systems also transmit the medical data of the subscriber to 911. The device, routed through the telephone, will terminate any other call to send the emergency message. Mobile phone technology has enabled the devices to transmit from wherever the person is at the moment of the emergency, allowing people more freedom to travel outside their homes.

The transmitters are relatively inexpensive; most basic units cost less than fifty dollars. The system, however, does not work without a monitoring component. For that, you must subscribe to a service averaging around thirty dollars a month. Although basic service is still just medical emergency notification, the newer systems offer fire and smoke alarms as well. There are other add-ons that can be installed with the system such as a wall-mounted button and emergency cell phones at an additional fee.
Costs vary among companies, but what sets medical alert companies apart is their service. Life Alert, for example, operates its own response monitoring center. The personnel are taught to stay on the line with the callee until the emergency responders arrive. That plays an important part in quality control but its main value is in reassuring and calming the person suffering the emergency. Life Alert also has an innovative cell phone app that allows regular cell phones to connect to the monitoring center with a push of a button. Companies also vary in the length of the initial contract they require and in installation and activation fees. Life Alert, our representative company, charges a fee to install the unit, but the upside to that is the job is done by professionals and it is done right.


The Life Alert Cost is small compared to the charges incurred through an unattended emergency. The assurance it gives is priceless.